How does this year’s budget affect you as an individual?

Finance Minister Tito Mboweni took to the stage for his second year running to deliver arguably the most important budget speech in the post-democratic South Africa. He brought his trusted sidekick, his “aloe ferox”, and mentioned that, “it prefers less water and wins even when the odds seem against it” – might he be referring to our beloved country?

“Our economy has won before and it will win again” – positive words from the minister, but what did the market think? The currency strengthened slightly against the US dollar shortly after Mboweni started speaking and the bond market followed suit with the 10-year bond yield falling by 13 basis points to 8.70% (bond yields move inversely to prices, so this fall represents a higher 10-year bond price). Both of these moves indicate that the budget was well received by the market.

How does this year’s budget affect you as an individual?

You can breathe something of a sigh of relief. For a populous that is generally under pressure, the minister’s announcement that there will be no major tax increases in order to support economic growth is a welcome development. 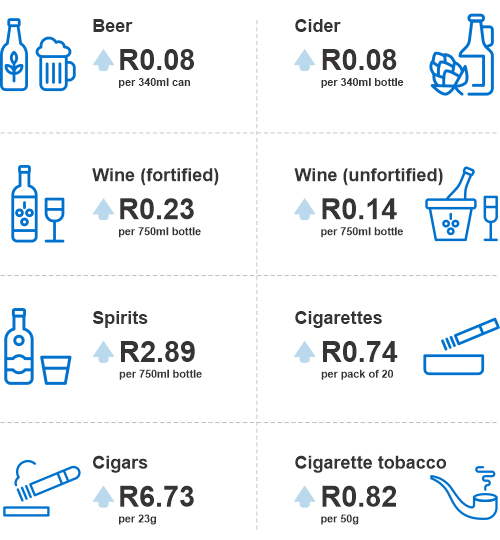 Keeping the lights on and the planes flying

The difficult duo of Eskom and South African Airways (SAA) has had an impact on all South Africans. Unsurprisingly, both state entities have been allocated more funding in an attempt to keep them going.

Not only was the budget meant to appease Moody’s Ratings Agency, but it looked like an effort to placate the individual taxpayer too, given the much-needed income tax relief.

Against a backdrop of weak economic growth (expected at 0.9% in 2020 compared to the rest of sub-Saharan Africa at 3.5% and global growth of 3.3%), we welcome the budget and the minister’s stance. It’s time for decisive government action to get the economy back up off its knees.

The numbers in pictures 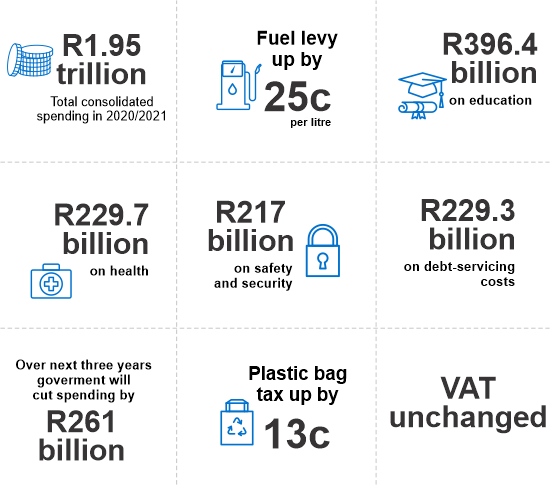 Economic outlook: The trends to be watching out for

Structured products: what are they, and what do they do?

To RA or not to RA

How much capital will I need to retire comfortably?

How businesses can better prepare for the loss of key personal