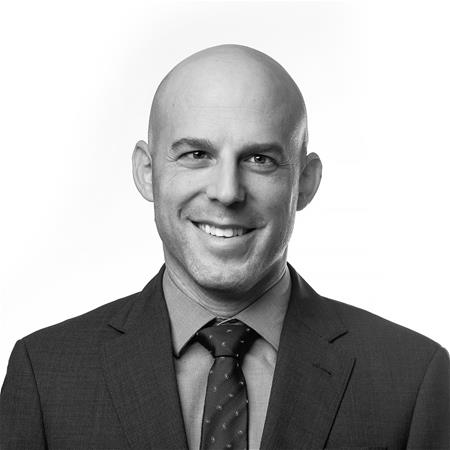 For those planning to retire imminently, the recent market declines don’t bode well for their future plans. Even those who have been saving for the last 35 to 40 years and have seen their investments traditionally deliver a healthy return will have seen their investments devalued when compared to the beginning of the year. The reality is that the JSE, and probably most global markets too, are likely to continue a period of low returns as we ride out the uncertainty around the impact of COVID-19.

Listen to the podcast below or review the transcript for more detail. Read Stephen's full feature article that supports this interview here.

This is The Classic Business: Retirement Feature.

Michael: When you've worked the last forty years of your life only to reach retirement during a time that's being compared with not even the global financial crisis - some are comparing it with the Great Depression - who knows which way it's going to go? And I think the one thing we can say with certainty is that there is no certainty.

Treasury has at least come to the party recently with some welcome amendments to annuities and draw downs and to discuss how we should be thinking about navigating the route to a comfortable retirement. I've got Steven Katzenellenbogen, Senior Executive and Private Wealth Manager at NFB Private Wealth Management on the line.

Michael: Now what are the options facing a retiree at this time?

Stephen: So for someone who is already retired, they will have made their choice on exit of their pre-retirement funding and they'd be either in a living annuity or in a compulsory annuity; and for those in a living annuity you're exposed to the market depending on what your underlying investment is and as it typically stands you can only change your living annuity income once a year and that would be on the anniversary of the annuity.

So the proposed changes that treasury have put forward is that for the four months up until 31 August you will be able to change that living annuity income up to a maximum of 20% where it's normally capped at 17.5 %; and on the lower end they're actually letting people drop down to a half percent, where that lower end normally sits at 2.5%.

I think the thing we may find tricky there is actually for the relevant institutions to be able to adapt their systems in time to accommodate these changes that are only going to be around for a very short window.

Michael: It's obviously there to assist you if you need cash flow immediately or if you don't want to be forced to sell after the investments have underperformed as well. If you make a change now to that maximum or minimum draw down rate, do you reset the anniversary date of that living annuity?

Stephen: It's still a little bit unclear there. My understanding is not and that post 31 August you will revert to the status quo --

Michael: Right - because it is temporary?

-- but there is uncertainty.

Michael: I mean, it would make sense intuitively because this is a temporary relief measure. If you look at the benefits of lowering the draw down to the new minimum of 0.5% what would the major benefits be there?

Steven: I think it's two-fold. You pointed the one is that maybe you don't want to crystallize losses where it's been very difficult to actually avoid what's gone in the market other than cash and everything else has seen red numbers for the last little while; and I think certainly it's actually something we have spoken about in our business for quite a long time --

-- Is you may get people who retire and two or three years later they actually re-enter the workplace and don't need that income or all of that income anymore. So that's actually an opportunity to rather save it as opposed to it coming out the annuity and then subject to income tax; where in the annuity it grows free of tax and the app itself attracts no estate duty. So as a product goes, it's fairly attractive.

Michael: Oh, that is very interesting. Now if you look at -- This is why financial advice is so interesting because there is no blanket set of advice for everyone. It's all about where you are. It's life stage modelling. It's all of that.

It's particularly I think important for early retirees to be thinking of taking the advantage of lowering their draw down rate now, isn't it? Because what you're effectively doing is preserving that overall pool of capital and if you've just started drawing down - say you're in your mid-sixties to late sixties - you want to keep that going for as long as you can.

Steven: I think absolutely. You know, once you've retired you don't have an opportunity to recreate that money and any mistakes that you make within the first couple of years of your retirement are very difficult, or if not impossible, to fix later.

You know, just another interesting opportunity that we have been seeing that's available at the moment - it's not living annuities but it's actually compulsory annuities. So that's where you go and you give your money to a life insurer and say "Listen, if I give you my lump sum of 1 million rand, what are you willing to pay me every month until I die on that?"

And those rates are actually particularly high at the moment, where you can look at probably around a 7% return from day one or a 7% yield and within an inflation increase every year.

Now that sounds good on the outset, but it just depends on what your legacy intentions are for your money because in that type of product once you pass on then the life insurer keeps the capital. So there's nothing for generational continuity there.

Michael: Yeah. There's no legacy to leave behind to a spouse or children or that kind of thing. Obviously on the other side of that there's the temptation: If cash is tight at the moment, to increase all the way up to 20%. I think - What is the ASISA rule of thumb, to keep a draw down at around 4% or thereabout?

So, 20% is a real whack of your capital. I mean, there are obvious risks of increasing the draw down to 20%, aren't there?

Michael: Steven, just as we have to say goodbye - and the time really does fly by - what would your current golden piece of advice be to retirees at this stage; considering what's going on in markets, considering how frightening things seemed? Just a month ago it looked like every asset class was selling off and only cash was safe and even that is now in question if you look at how much money the Fed is printing. What would your one pearl of wisdom be for retirees?

Steven: It would probably be that you need to think properly through your decisions and those decisions shouldn't be driven by emotion. You know, the point you take about now, if you were scared last month and you switched into cash, you would have missed the 15% that the markets came back in April. So, I think you need to think through your decisions and think through your spending - on what's essential and what's luxury - and just take your time to do it and don't make irrational and emotional decisions.

NFB prides itself on the fact that we are Independent Wealth Managers, partner with us on your financial journey.