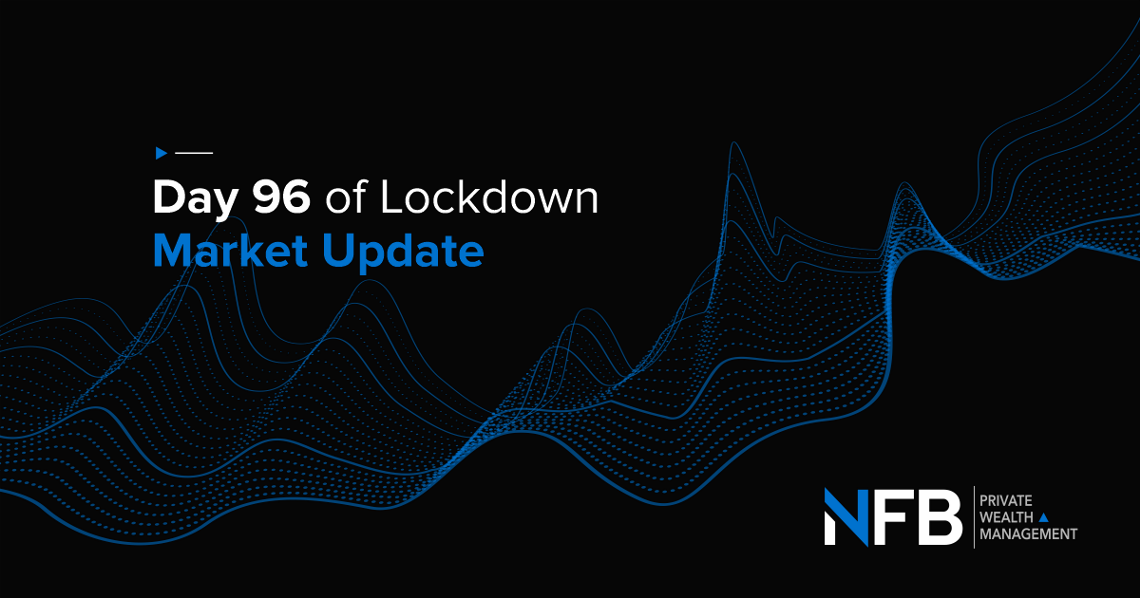 There are more than ten million confirmed positive cases of coronavirus worldwide with more than 500,000 fatalities. Worryingly, the world has been adding 150,000 to 200,000 confirmed positive cases to the total every day for the last week or so. On the 20th of March, humanity had just registered its 250,000th case and 10,000th fatality; some three months after China first declared the existence of the virus to the World Health Organisation. We’re now adding about 80% of the same number of cases a day to the total as had been added in the entire initial 3-month period. The current mortality rate in relation to confirmed positive cases of 5%, therefore, is artificially low as inevitably a portion of these new cases will result in fatalities in the weeks and months ahead of us. South Africa has been adding more than 5,000 cases a day for the last three or four days, with our total soon to exceed 150,000 with 2,500 deaths. Out of interest: the Americas (the United States, Mexico, Brazil, Peru and Chile; five of the eleven countries with the most number of cases) now account for 45% of the total number of cases.

This is clearly leading to some equity market weakness, as fears of the re-imposition of lockdowns globally emerge. As indications, both the JSE All Share Index and the MSCI World Index were down last week (measured from the previous Friday’s close to last Friday’s close and in base currency terms). Markets had though run hard in the lead up to last week so perhaps some of this is simply profit-taking; we doubt it’s because of central bank support disbelief. As an example of how hard markets had run, the S&P 500’s PE is higher now than it was pre-crisis. One wonders what position the JSE All Share Index would have been in given its exposure to resource counters which are up 5% over the last year versus their financial and industrial counterparts which are down 35% and/or what the position would have been excluding Naspers and Prosus who are both reporting results today (Monday the 29th of June for clarity). For completeness, Naspers is up nearly 35% over the last 12 months, in rand terms, and between Naspers and Prosus they account for more than 20% of the S&P South Africa Domestic Shareholder Weighted Index which is used as an underlying South African equity reference index in certain of our funds.

Last Friday, the 26th of June, Intu (the UK’s largest mall owner) suspended trading in its JSE and London Stock Exchange listed securities as it stumbled into administration under an R80 billion debt burden; the effects of coronavirus and Brexit weighing heavily (ultimately unbearably heavily) on the business. In the South African equity market context, Intu is not a Top 50 share on a market capitalization basis nor, as of the last quarterly rebalance, is it in certain South African property indices. For further details, please email the team at NFB Asset Management here and/or the team at NVest Securities here who are on standby to attend to any queries you may have. 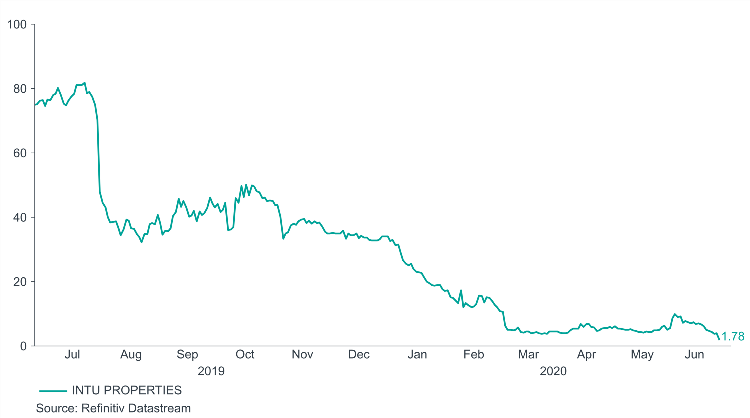 When I last wrote to you, South African Finance Minister Tito Mboweni’s supplementary budget speech was still ahead of us. As anticipated, the speech was light (deliberately?) on details. In the interests of balanced reporting though, it does appear that the key item they were silent on (the public sector wage bill) was very much under discussion at the time of the speech so perhaps not much could have been said without horribly compromising what are clearly very delicate negotiations particularly given that the Ramaphosa administration is also navigating a consensus-building approach to the Nation’s Covid-19 emergency response. National Treasury now forecasts a contraction in GDP of 7.2%; better than the market was expecting. They anticipate a primary deficit of about 14%; worse than the market was expecting. Surprisingly, they expect a primary surplus by 2023/2024; which, from the tone of market commentaries received since the speech, the market appears more than a little dubious of. Fitch, the ratings agency, has already said that it doesn’t believe National Treasury will stabilize the fiscus by then.

Only time will tell but early indications from the bond market are that there wasn’t anything terribly unexpected from last week’s speech as the yield on the 10 year South African government bond hasn’t moved all that much having weakened in the weeks leading up to the speech. National Treasury did though only release the higher bond auction amounts required to finance government on Friday, so we’ll only see how these are absorbed by the market this week. If absorbed well, yields are likely to drift lower. For a more in-depth analysis of the speech itself have a look at this article written by our Managing Director, Andrew Duvenage, and please be on the lookout for a forthcoming article from NFB Asset Management on the repercussions of government’s fiscal stance.