Essentially, a carry trade is a trading strategy where the investor borrows money at a low interest rate in order to buy an investment that provides a higher rate of return in order to generate a larger risk-adjusted profit. It is typically based on borrowing in a low-interest rate currency and converting and investing the borrowed amount into another currency.

Carry trades were a popular trading strategy post the global financial crisis of 2008/9 as capital from the developed world desperately sought out higher yields.

Using the US dollar (USD) and the South African Rand (ZAR) to illustrate this practically, if the South African inflation rate is 2.2%, while the US inflation rate is 0.6%, in theory the ZAR weakens by 1.6% per annum against the USD. Currently the South African repo rate is 3.5% while the US Fed Funds rate is 0.25%. Investor who swap USD for ZAR therefore earn 3.25% more. This is typically achieved through borrowing the USD so the borrower pays more than 0.25% - for argument’s sake let’s assume 1% - which means he or she is earning 2.5% more by investing in ZAR. However, given that the currency weakens by 1.6%, they are 0.9% better off. In the context of ultra-low interest rates globally, this pick up is not immaterial.

There are two primary forms of risk to carry trade as a trading strategy and these risks form the crux of the argument in terms of whether the carry trade in the local context is as relevant today as it once was.

The first risk is that any one or a combination of the five variables (South African inflation, US inflation, SA interest rates, US interest rates and US credit spreads, assuming a USDZAR carry trade) change or that the relationship between them changes. In the short term, it is unlikely that local or US inflation will change materially. Furthermore, the interest rates in both countries are likely remain at their respective low levels for some time.

US credit spreads, on the other hand, are a little more difficult to call given that they have narrowed significantly over the last few months as markets bet that the FED is able to reduce the risk of corporate defaults. JP Morgan estimates that 18% of US junk bonds now trade at distressed levels, down from 41% in March this year. However, broadly speaking, the fundamental variables appear to be stable enough to support the carry trade for the time being.

It is the second risk that is arguably the bigger concern and which potentially negates the carry trade, and that is that as volatility and uncertainty rises, it makes it more likely that the relationship between the rates breaks down, making it more likely that investors end up with a different result to the one they had originally planned.

The current environment exhibits unprecedented conditions. Not only is the global economy attempting to navigate the aftermath of the Covid-19 pandemic, but US-China relations are on a knife edge and the US faces an election, creating additional uncertainty.

The environment in South Africa is even more unpredictable. The precarious state of the local economy combined with the fallout of Covid-19 threatens to play havoc with the country’s finances. This has political implications as the population feels increasing levels of economic pain.

Essentially, the carry trade pickup has been eroded to the extent that while it is still positive for the time being, it may not provide a significant enough margin of safety to investors which makes it a less attractive trading strategy.

The reality is that the precipitous state of the local economy, recent credit rating downgrades – and the risk of further downgrades – concerns around the political ramifications of Covid-19, and a decade of economic mismanagement and decline, ensure that the carry trade is anything but a safe bet. 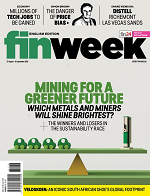 International investors will be assessing the risk-reward payoff profile and, given the current circumstances, it will be difficult to justify a carry trade investment, particularly as they will be recalling recent events in Argentina where an IMF bailout and political changes resulted in a significant disconnect in that country’s currency compared to its emerging market peers.

This article was written exclusively for Finweek and originally appeared in the 27 August 2020 edition. You can buy and download the full edition magazine here.