Our Private Wealth Managers unpack the detail of the 2021 Budget Speech and its implications for you. 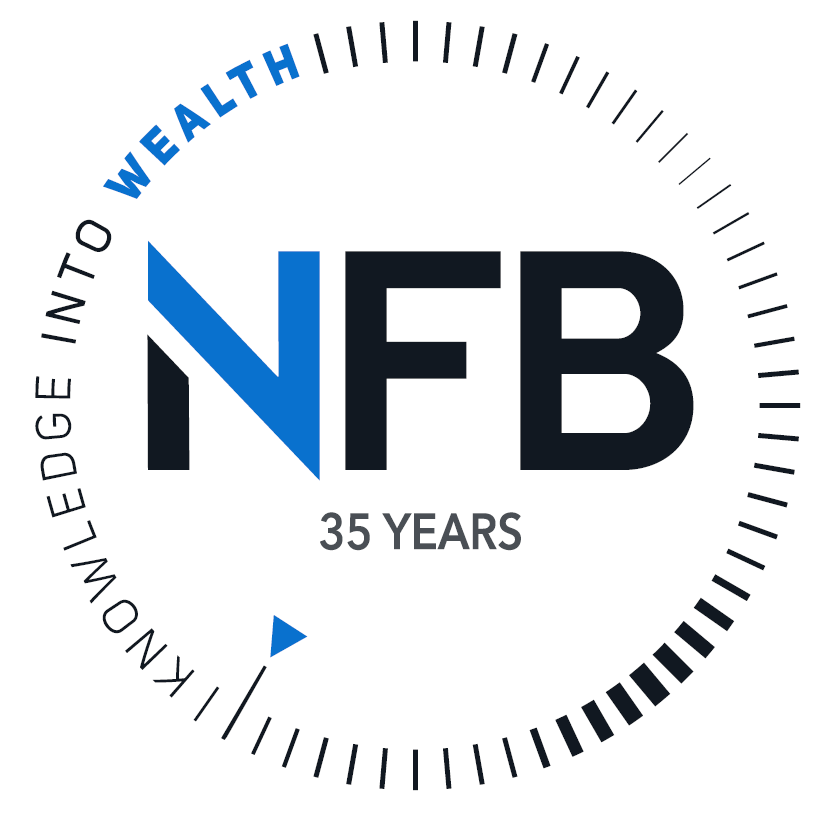 Minister Tito Mboweni took to the stage for the much-anticipated 2021 budget speech and his sombre tone was noticeable. The ongoing COVID-19 pandemic, and the subsequent turmoil the world economy was plunged into, has meant this was arguably the most important (and most difficult) budget speech post-democracy.

What we really needed to see were realistic, tangible goals being communicated in this budget in order to provide ordinary South Africans with any notable optimism for the year ahead. We think this has broadly been achieved but actions speak louder than words, so we are keen to see meaningful progress in attaining these goals over the coming year.

How does this year’s budget affect you?

South Africa will experience the largest tax shortfall on record as government revenue is expected to be only R1.21 trillion in the 2020/2021 tax year. This is R213 billion less than that what was recorded in the previous year. It’s expected that 2021/2022 will see this figure come in around R1.37 trillion.

Increases were strictly reserved for excise duties on alcohol and cigarettes as well as increased fuel levies. 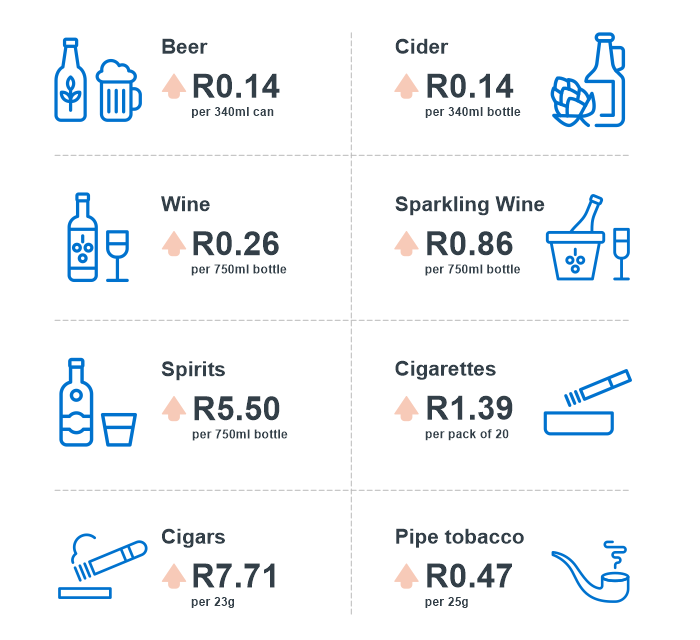 Furthermore, some much needed tax relief (to our surprise) has been granted as personal income tax brackets will be increased by 5%, which is more than inflation. This will provide R2.2 billion in tax relief. It will put an extra R756 in your pocket after 1 March 2021, provided you earn above the current tax earnings threshold of R87,300.

Overall, despite the increases in tax on alcohol and tobacco products, we are of the opinion that these tax adjustments shows that government understands some of the pressure that the average South African has been under since COVID-19 hit our shores. In our view, the general public should be happy about this.

Impact of COVID-19 on the budget

Treasury will allocate more than R10 billion for the purchase and delivery of the COVID-19 vaccine over the next two years. Of the R10.3 billion, R2.4 billion will be allocated to the provincial department of health to combat COVID-19. Furthermore, there will be an increase in contingency reserves, from R5 billion to R12 billion to make provisions for further purchases of the vaccines and to provide for any other emergencies.

These are truly sobering figures. However, increased revenue collection and economic activity in the last quarter of 2020 has provided South Africa with a slight glimmer of hope. This has culminated in the debt to GDP estimates being revised downward from last year’s MTBPS which stood at 85.6% of GDP. With growth expectations set to increase as more of the economy opens up and vaccines roll out, there is renewed (albeit very tentative) hope that the economy may be slowly starting to move in the right direction.

Funding the fight against corruption

A particular strong point of anger and frustration amongst South African citizens is the constant accusations regarding rampant looting of state funds. It was therefore encouraging to hear that the Department of Justice and Constitutional Development has been allocated R1.8 billion to improve its business processes. This allocation will support law enforcement agents in the fight against crime and corruption. These are encouraging words but whether this translates into action in the form of high-profile arrests remains to be seen as important court cases reach their conclusions around South Africa. A less corrupt country makes for a more efficient, trustworthy economy. This can only aid growth in the medium to long-term.

Overall, the budget speech was mainly what was to be expected with very few surprises thrown in. The 5% upward adjustment in personal income taxes was a welcome relief in order to support an economy that is severely under pressure. Excise duties on alcohol and tobacco also came as no surprise due to the negative publicity surrounding the use of these products during a pandemic. There was no mention of the public sector wage freeze (again this was probably to be expected due to the ongoing court case between unions and the government) and also perhaps not enough was said regarding the state of state-owned enterprises (SOEs) in South Africa and whether government bailouts will continue to take place with such alarming regularity. The right noises are being made regarding investment into infrastructure and public services. This is an important part of trying to reinvigorate growth in South Africa. The ball is now firmly in government’s court to ensure these words translate into action and that tangible progress happens sooner rather than later in order to save our floundering economy.

The numbers in pictures 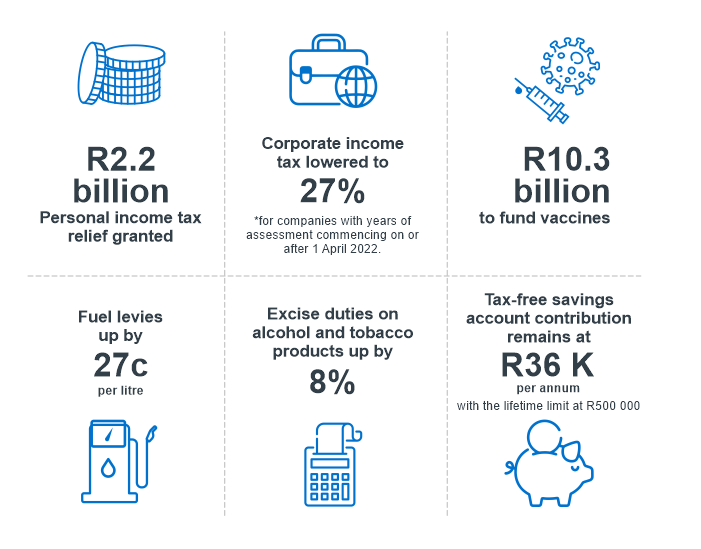