The amendments aim to simplify legislation governing retirement products and analyse benefits at retirement, for example, how much can you withdraw at retirement and what are the tax implications? 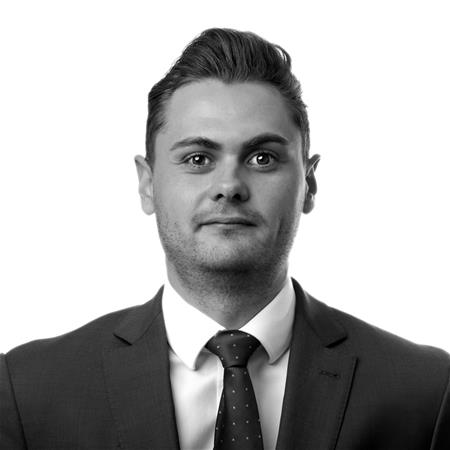 On the 1st of March 2021, the latest Taxation Law Amendments Bill formally came into effect. It includes changes to the laws that govern retirement funds including provident, pension, preservation and retirement annuity funds. Some of the amendments aim to improve consistency across the different retirement fund products.

This article deals with the new rules applicable to provident and provident preservation funds which impact how their benefits can be used upon retirement.

Prior to the recent amendments, provident fund members would be entitled to withdraw their entire fund value as a lump sum at retirement (earliest retirement age of 55). This differs from other retirement vehicles where 2/3rds of the proceeds must be used to purchase a living or guaranteed annuity.

The bill addresses this anomaly by bringing provident funds in line with other retirement vehicles that are subject to the partial annuitisation of their benefits.

How will my provident fund be impacted?

Any contributions made to your provident fund prior to the 1st of March 2021, including the growth thereon, are deemed to be the ‘vested’ portion of your provident fund and will not be subject to the 2/3rds annuitisation rule. At retirement, existing provident fund members will be able to withdraw the entire value of the vested portion of their investment as a lump sum as originally permitted.

However, from the 1st of March 2021, provident fund members who are younger than 55 years of age will see any further contributions on or after 1 March, and the growth thereon, deemed as the ‘non-vested’ portion of their fund, the value of which will be subject to the 2/3rds annuitisation rule upon retirement.

The current legislation that allows for any member of a pension fund or retirement annuity – whose fund value is R247,500 or less at retirement – to take the full benefit as a lump sum remains in place for both the vested and non-vested portions of a provident fund.

Members over the age of 55 who leave their current provident fund to join a different fund will see their contributions, and growth thereon, made to that fund become subject to the 2/3rds annuitisation rule.


Mr. Smith is currently 55 years of age and has been a member of the ABC provident fund for the past 30 years. He plans to retire at the end of this year.

At retirement Mr. Smith’s provident fund is valued at R2,150,000. Under the new rules, he would still be able to withdraw the entire fund value as a lump sum, which would then be subject to tax as per the above table.

Mr. Smith decides to push out his retirement age to 65. On the 1st of March 2021, his provident fund is valued at R2,150,000 and he and his employer each contribute a monthly amount of R4,000 towards the ABC provident fund. At retirement, his estimated fund value is R5,378,352 assuming an 8% return per annum.

At retirement Mr. Smith will be able to withdraw the entire value as a lump sum, subject to tax, as he did not leave the ABC provident fund.

Mr. Smith still plans to retire at 65. On the 1st of March 2021, his ABC provident fund is valued as per the previous example. But instead of staying with ABC, he moves to XYZ provident fund where he also contributes R4,000 per month until his retirement.

Mr. Smith would be able entitled to withdraw the entire fund value of R4,641,689 he accumulated with ABC provident fund (the R2,150,000 plus growth) as a lump sum vested portion, again subject to tax.

His accumulated fund value with XYZ provident fund of R736,666, which would be classified as non-vested, would then be subject to annuitisation and he would only be able to withdraw 1/3rd of the fund value as a lump sum, with the remaining 2/3rds used to purchase an annuity.

It’s important to know the value of your vested and non-vested provident fund portions but keeping track of those balances is the responsibility of the fund and not the member.

Record keeping of all provident fund benefits would need to clearly distinguish between the value of the member’s vested and non-vested portions. This helps to ensure the correct treatment of each portion at retirement.

When it comes to handling the non-vested portion of your provident fund, there are two primary annuity products that you can choose from:

This investment vehicle offers investors the chance to expose their savings to market-related returns that have the potential to match or beat inflation. The mix of underlying investment options (share portfolios, ETFs and unit trusts) can be altered as your needs and risk profile changes. By law, you are allowed to draw an income at a rate of between 2.5% and 17.5% of your living annuity’s value, which gives you some flexibility as your cash flow demands change. Tax is payable on the income received from the living annuity and is deducted by the product provider on your behalf.

Upon your death, your beneficiaries can choose to cash out the full benefit (subject to tax) or continue receiving the living annuity income or opt for a hybrid between these two options.

This investment option pays you a regular income in return for a lump sum investment, where the level of income is guaranteed to either increase periodically, or remain fixed; it will never decrease. You also have the option to stipulate whether the benefit must be paid to you for the remainder of your life, or for some specified term – the timeframe chosen will impact the level of income you receive in return for your lump sum investment.

The benefit of a guaranteed/traditional annuity is that there is no capital risk, i.e., negative market movements will not impact your annuity income amounts. However, higher-than-expected inflation could negatively affect your buying power in the long run.

I encourage you to reach out to us, or your wealth manger, should you be unsure about the implications of the new provident fund rules in respect to your financial position.


Retirement provision is one of the most critical aspects of every individual's investment portfolio. With less than 6% of South Africans able to retire in comfort, planning for retirement is the most important thing you can do for your future today. Partner with us today for your retirement planning needs.